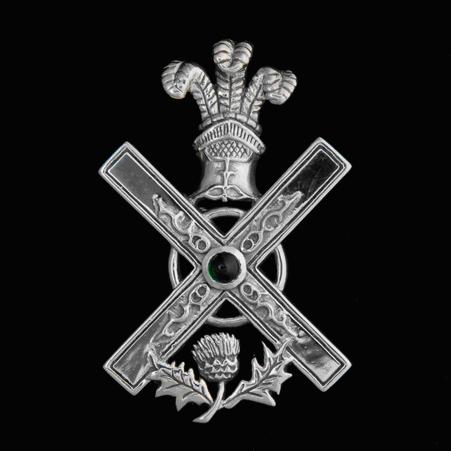 The Knights of the Order of Saint Andrew, or KSA, is a group of Masters of the Royal Secret (32°) dedicated to serving the Minneapolis Valley at large.  The KSA provides critical support to all of the committees of the Valley, assists at events when needed, and promotes active membership in the Valley.  Some examples of what the KSA does include:

Who are the Knights of Saint Andrew?

How did the Knights of Saint Andrew start?

The origins of the Order date back to the period of 1220-1232 AD, when a Confraternity was established in the City of Acre, of the then Crusader Latin Kingdom of Jerusalem (occupying the same territory as the modern state of Israel) to protect pilgrims and merchants.

This Confraternity, consisting of burgesses and knights of largely French heritage, met in the City’s Castle and chose the Holy Apostle, St. Andrew, as their Patron. They constituted themselves as a Crusading Order of Knights with the object of resisting tyranny and protecting public safety.

During the turmoil of the Sixth Crusade, these worthies of the Order defended the poor, the sick and the weak from adversaries. In the best tradition of the Military and Religious Orders of the time, they founded their lives on prayer, charity, service and protection.

About this time, possession of Acre was being contested by the Holy Roman Emperor, Frederick II operating from his base in Sicily. Through his marriage to Yolande, daughter of John of Brienne, a leading Crusader, the Emperor had become embroiled in the affairs of the Crusader states. The Emperor sent a fleet of ships against Acre in 1227, whereupon the Knights and Officers of St. Andrew of Jerusalem appealed to Pope Gregory IX, who excommunicated the Emperor for this action.

During the subsequent negotiations with the Muslims by the Emperor Frederick, the Knights of St. Andrew remained aloof. Though some progress for the Crusaders appeared at first to have seen made, their adherence to treaty commitments made at that time eventually enabled an army of Turks in pay of the Sultan of Egypt, to crush the remaining Crusader enclaves by about 1244.

It was at about this juncture that the existing historical records of the Knights of St. Andrew were lost. It is speculated that the records may have been transported to the Byzantium in hope of safekeeping, only to be lost yet again when the city fell to the Turks in 1453.

The modern KSA has become a group that exists throughout many Valleys nationwide.  It started in the Valley of Guthrie Oklahoma and was meant to provide a social and service setting for the newest Scottish Rite Masons.

The KSA in the Minneapolis Valley was established in 2006.

How are the Knights of Saint Andrew structured?

Each Valley’s KSA is unique.  As there is no national governing body for KSA, each Valley is given great latitude to organize their KSA as best fits with their Valley.  In Minneapolis, there are five official officers of the KSA:  Knight Commander, Senior Warden, Junior Warden, Treasurer, and the Secretary.  All serve at the will and pleasure of the Personal Representative of the SGIG and the Heads of the Bodies of the Minneapolis Valley.  All of the officers are elected to a one-year term by a  vote of the KSA membership.

How are the Knights of Saint Andrew recognized?

In the Minneapolis, there are three distinguishing items that are worn only by KSA members:

The jewel is worn anytime by the Valley membership, the jewel can also be worn by Emeritus Members.

The KSA Tartan and Name Badge

The Minneapolis Valley has a unique tartan (traditional Scottish pattern) worn as a small pocket hanger out of the breast pocket of a jacket or shirt.  The KSA name badge is generally worn at the top of the tartan. 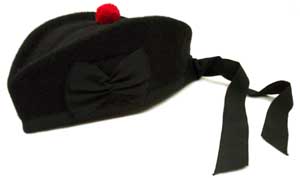 The Minneapolis Valley KSA wears a traditional Glengarry hat. These hats are worn for special occasions, meeting nights, and to represent the KSA outside of the Valley. They do not replace the traditional caps of the Scottish Rite and must be removed during prayer and pledging allegiance to our country.

How can I join the Knights of Saint Andrew?

To join simply fill out a petition, and pay the necessary fees to the KSA Secretary. Petitions are available from the Valley office or simply ask any KSA member for assistance.  Once your petition and fees have been received, you are eligible for the full rights, responsibilities, and honors of the Order.  Once the Valley office notifies the Knight Commander and/or Secretary of your membership, you will receive a message with how to get started in the Order.

Officers for the Knights of Saint Andrew Minneapolis Valley